As students headed back to school this fall the improvements to Old Main continued. Outside the building the two new stair towers are beginning to be erected. These contribute to the seismic upgrade of the building and they will improve student flow during passing times. Inside the building additional seismic work is occurring. The auditorium has been expanded and will be a beautiful venue upon completion.

While Old Main is unavailable to students this year, freshmen are being housed at Lincoln School. Freshmen spend either their Green Day or their White Day at Lincoln, with the other day spent on the main campus. Named MVHS South Campus, Lincoln has provided a positive and calm learning climate for our 9th graders. Additionally, over the summer three portables were relocated from Little Mountain to MVHS to provide additional classroom space on campus. These portables will be removed when Old Main is completed, which is scheduled for the summer of 2022.

As we head into the Summer of 2021, work is occurring on all remaining 2016 Bond projects. With the completion of Harriety Rowley, Madison, the MVHS Administration Building (old Fine Arts building) and the New Shop at MVHS, the final three projects of the 2016 Bond are all in process.

The improvement of Old Main is in full swing with work occurring both inside and outside the building. Later this summer the two new stair towers will be erected. These contribute to the seismic upgrade of the building and they will significantly improve student flow in and out of Old Main. A monthly construction update regarding Old Main is provide by our contractor, Lydig, and is available at: http://mvhsoldmain.lydig.com/news-article/june-progress-report

In January the modernization of Old Main on the Mount Vernon High School campus began. This construction project includes seismic upgrades, new stair towers on each end of the building for safety and improved foot traffic flow, improvements to and enlargement of the auditorium space and improvements to classroom spaces. All of this will occur while retaining the unique feel and look of this 100 year old building. The photos show interior work occurring currently on the bottom floor and exterior work shown in tandem with the architects renderings of the finished building.

Planning work is beginning on our other two remaining projects from the 2016 Bond. A request for qualifications has been published and currently the District is receiving applications from design-build teams for the LaVenture project. This project will include additional classroom space as well as enlargements to the cafeteria and library spaces. Construction work at LaVenture is scheduled to occur during the 2021-22 school year. Our last project will occur on the high school campus once Old Main is completed. At that point, the Ag Building will be demolished and additional classroom space will be constructed in that location. In early February the Mount Vernon School Board approved preliminary design work for the additional high school classroom building and that work will begin this spring. The construction of that space is scheduled to occur during the 2022-23 school year.

With construction occurring at Old Main and with activity happening on both the LaVenture project and the additional classroom space project at MVHS, we are at a point in time when all remaining 2016 Bond projects are in play. This is a very exciting milestone. While much work remains, we are able to see the finish line for all of the Mount Vernon School District improvements funded through the 2016 Bond. 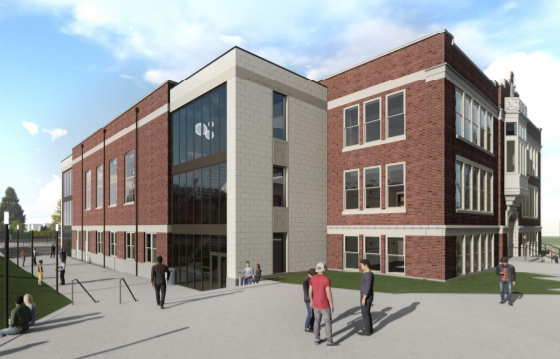 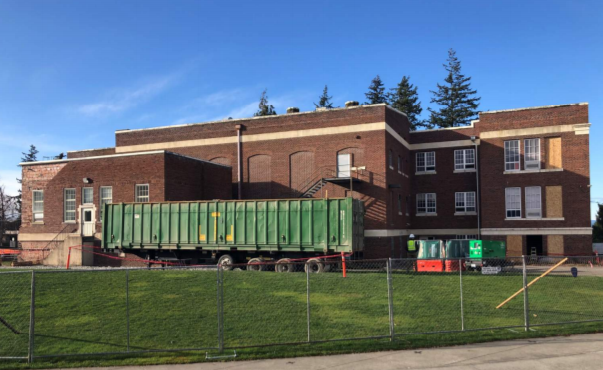 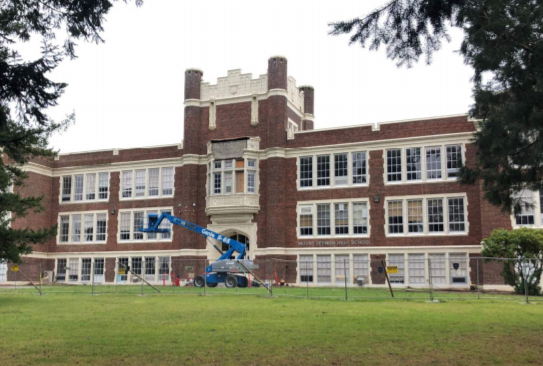 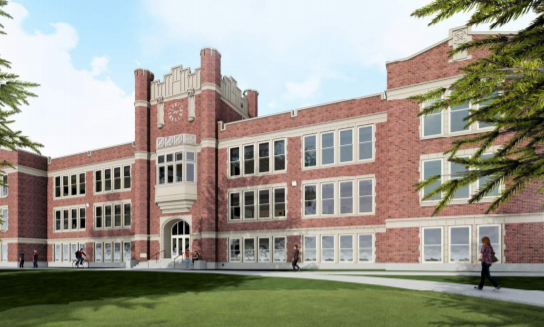 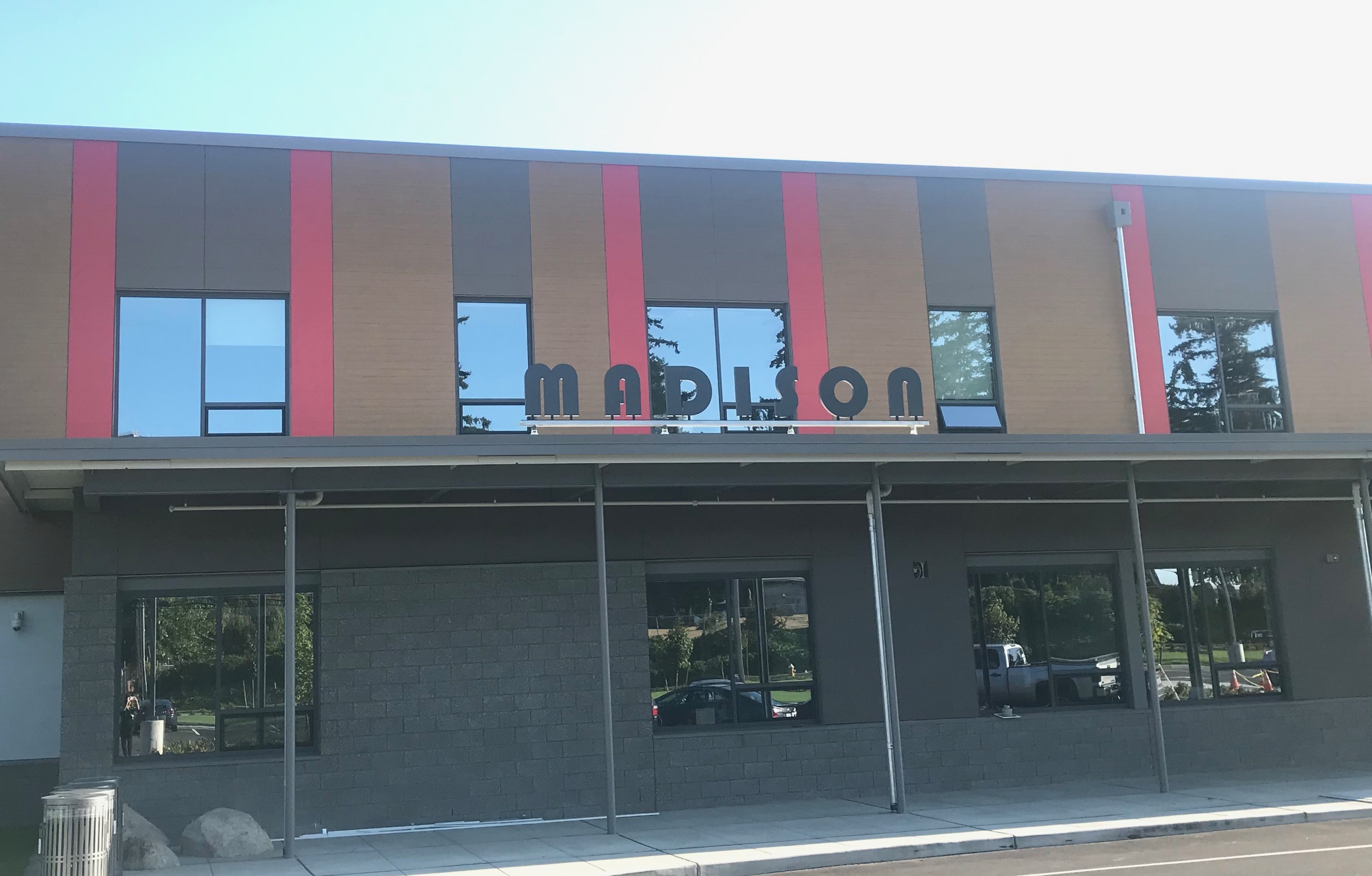 The capital projects work in Mount Vernon has been very successful to date. Rowley Elementary, off of East Division, finished its second year of operation and is now the permanent home of the Rowley Orcas. Madison Elementary on Fir Street, which was demolished and entirely rebuilt, finished its first year of operation. Both schools provide excellent spaces for instruction and student learning.

With two new elementary schools completed on time and under budget, the construction focus shifted to the Mount Vernon High School this past year. Early this spring a new shop building was completed on the north end of the campus. Ultimately, the new shop will house CTE programs. In the meantime, the building will be used as general classroom space during the remodel of the Old Main building. Also in anticipation of upcoming work on Old Main, the Fine Arts building was remodelled and repurposed as the administrative and counseling center. This new “Administration” building will be completed this summer. Administrative staff and counselors will move in, as well as other staff using and teaching in this building.

Work on Old Main is scheduled to begin in the Winter of 2021. Over the course of this fall and during winter break in December, the remaining classroom uses of Old Main will be relocated to other space on campus, including the use of temporary portable space. Old Main will see many improvements, including seismic upgrades, new stair towers on each end of the building, improvement to and enlargement of the auditorium space, and an increased number of  classrooms. All of this will occur while retaining the unique feel and look of this 100 year old building.

The Mount Vernon School District Does Not Discriminate